In the Lair of the Ancient Web Creature 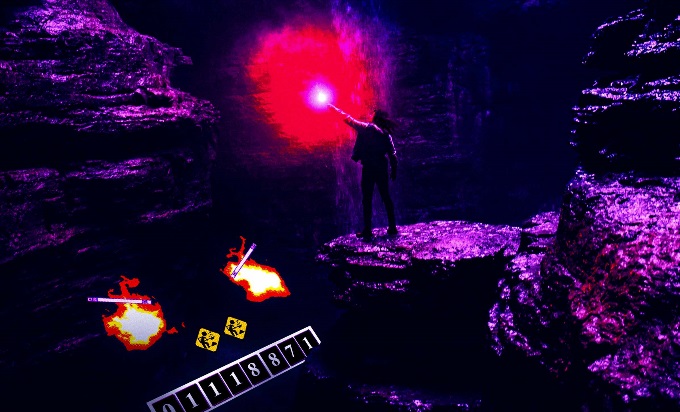 Summary: You can search for your treasure in this lair, but you'll never find it.

Deep beneath the modern web as we know it, long-slumbering, primeval creatures dwell. Having survived past their natural time, they sleep in their nests, unaware of the changes and developments of the 21st century world. Their snores echo off their ancient caverns’ walls as they nestle down into their personal time capsules, lying in wait for unsuspecting users to cross their path.

It has happened this way before and it will happen this way again. An unlucky internet surfer, trying to find something as innocuous as a rare auto part, will catch a glimpse of something large and dark in the farthest corner of her search engine. At the same moment, in the other part of her vision, she sees a possible match for her search. Distracted, she clicks. In the time it takes for her finger to press down and lift up, the web creature sweeps in and carries the user back to its nest, back to an interface lair that time forgot.

The first thing the user sees as her eyes adjust to the strange landscape is an endless vertical incantation on her left, small eerie words stretching from floor to ceiling, header to footer. She squints at the list of tiny, crammed words. She sees one she knows. It’s one of the keywords she’d been searching for before the web creature snatched her up. She scans the text, looking for more clues. Most of the other words aren’t as familiar. She reads them aloud, her tone turning into a chant. At the sound of her voice, the text scrolls up and down the wall. As she tries to make out the next word, she accidentally touches it. Strange, glowing numbers and symbols appear under her fingertips and a long search bar appears, asking for a name.

A deep roar echoes through the cavern as the ancient web creature lumbers out of the shadows. The sheer force of wind from its bellowing knocks her off her feet. The monster, its head a mess of clipart buttons, visitor counters, and scrolling marquee text, leans in closer and closer. The user squeezes her eyes shut and turns her face away, covering her head with her arms. She braces herself, waiting for the worst.

It doesn’t come. Something has sent the ancient creature crawling back into the shadows. The user looks around, confused. She twists toward the wall. The search bar is gone and the words change behind her, rearranging themselves every time she touches the wall. She must have clicked something to send the looming creature back into its corner.

Then she sees it, one of her keywords: “Studebaker.” Firmly, she presses the small blue text. It glows under her fingers. Letters bend and scramble to form numbers. A list of years? She presses “1957,” another match for her keyword search. The next mystical level is more confusing, but she sees the word she needs: “Commander.” She exhales. Maybe she’ll find what she was looking for and make it out of the cavern with her rare transmission modulator after all.

But the next level is not as comforting. The seemingly unintelligible jumble of numbers and symbols appear again. She isn’t sure how to continue.

From a dark corner, the ancient monster rumbles a warning. It seems to be waiting for her to make a mistake. Her heart pounds in her ears. Her mouth is cotton-ball dry. Her mind is racing.

Nearby, a glowing green question mark floats high above her head. The text next to it says “Help.” Has it been there the whole time? She jumps to touch it and narrowly avoids hitting other words on her way back down. She jumps again. The web creature hisses but it doesn’t matter. She’s hit her mark.

Now she’s whizzing through the air, hurtling toward a deeper, quieter part of the cavern. She hears a stone door slam shut behind her and the monster’s muffled roar as she disappears. Hopeful, she peers ahead. Maybe someone has left her a trail to find her Automatic Transmission Modulator for a 1957 Studebaker Commander with a 289 V-8 and escape the web creature’s lair.

In front of her is a replica of the incantation wall, but now a strange red mist hovers all around it.

What dark malice is this? The glowing symbols move in quick, jerk-like motions, selecting themselves and revealing new symbols all on their own. She turns in circles, eyes searching the room around her, but the help she was promised is nowhere to be seen.

Behind her, the text on the wall starts overlapping itself in square groups of symbols. Some of the text takes on a secondary, green halo of a glow. Is this her answer? She peers closely.

She tries her request out loud again. “Transmission Modulator,” she says, her voice echoing in the cavern.

The symbols keep blinking in a never-ending circuit, paying no heed to her command. In one part of the wall, the word “gasket” spells itself over and over. She decides to give spelling out individual letters a try.

Still nothing. The weight in her stomach is her only response.

She sits watching the symbols tick by in their continuous loop. This is where her quest ends. She will never find her Automatic Transmission Modulator for a 1957 Studebaker Commander with a 289 V-8. Her only hope is that some other unsuspecting user will fall prey to the same trap of the green Help question mark and give her some company as she waits out eternity in the ancient web monster’s lair.

Readers, not all stories have happy endings. Not all users find their way. Don’t let your digital product’s story end like this one, or you may find one day that you’ve become the ancient web monster yourself.