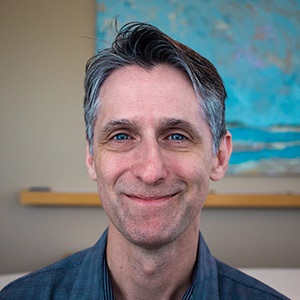 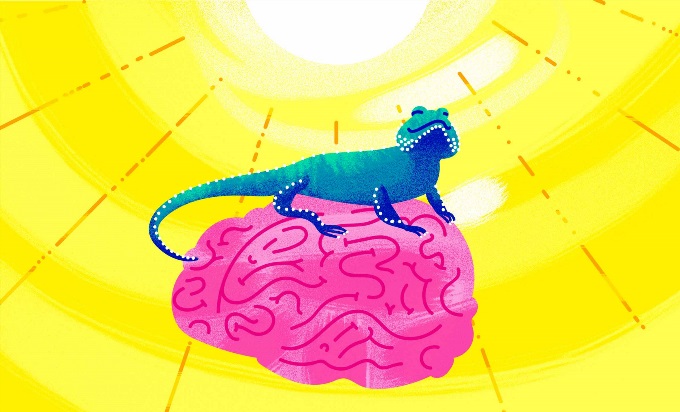 Summary: Fight or flight? Good UX keeps us from ever having to find out.

When software, apps, or sites confuse or frustrate us, fight or flight responses kick in. That’s bad news for the makers of digital products and services, most of which are downright infuriating. There is hope. Understanding human behavior is a solid first step toward making things better.

Think of a time when you’ve tried to do something online but didn’t exactly succeed. For whatever reason, your progress was halted, and you could not achieve your goal, at least not easily or quickly.

Perhaps you were trying to pay a medical bill or recover a lost password. Maybe you were at work, forced to use a horrifically outdated, company-mandated app. You may have simply have tried to sign-up for a service or buy something for your sweetheart. Heaven help you, you may have attempted to complete the dreaded Free Application for Federal Student Aid (FAFSA). Sympathies.

Whatever came to mind, how did you react? What did you say or do when things got monumentally frustrating? Dollars to donuts you were not your typical, mild-mannered self. In fact, I predict you were decidedly less. If you’re a lot like me, when encountering a frustrating interface, you fly right past anger and descend directly into an apoplectic fit. If you’re a bit like me, you indulged in colorful language and inadvertently taught the kiddos a new word or two.

Interface rage is a real thing. Unfortunately, it is also a universally shared experience. Everyone understands it. You don’t have to explain it in the slightest. Kindly grandmothers are not immune.

Maybe we are all flawed. Perhaps there is something wrong with everyone. Are we all dense? Untrained? Unqualified? Incapable? No. We’re just human.

Attack of the Lizard Brain

Humans write philosophy and delve into quantum physics, but deep down, we are largely governed by a lizard brain. We’re closer cranial relatives to the iguana or gecko than you might think. When faced with a crisis, our lizard selves overwhelm and dominate our higher functions.

The simple reptilian brain consists of a cerebellum and a brain stem, which control fight or flight responses and automatic behavior. We’ve got a brain stem and cerebellum too. Evolutionarily speaking, these are the oldest parts of our brains. When faced with a crisis, our primitive lizard selves overwhelm and dominate our more recently developed higher functions.

We run from fire, defend our children from attackers, and instinctively offer the middle finger to impolite rush hour drivers. When our online banking app crashes in the middle of a transaction, we break our hand punching the nearest wall. We’re all lizards at the core.

Primitive responses are about survival. A reptile’s life is rough. We on the other hand, mostly encounter low-danger, first-world problems. We’re not facing death when using Microsoft Word. It just feels that way.

Try telling that to your inner lizard. Your deeply ingrained, primordial center can’t tell the difference between a ravaging coyote and an inexplicable error message. It just reacts. Here’s what we do when digital products cause us problems:

When using sites or apps that frustrate us, we can get angry. Irrationally angry. If we can’t find key information on a site when calm and tranquil, we certainly can’t find it when enraged. So we go on the attack. We email, chat, Facebook, or tweet – anything to forcefully vent our righteous indignation. We may try to complain to a real person. That is, if our blood pressure can survive the torturous hunt for contact info.

When confronted with a predator, the typical lizard flees. Some even leave their tails behind. We run away too. When we can’t accomplish what we want on a site or app, we simply give up and leave. We may not do this out of abject fear, but the result is the same. We extend this instinct up the brand chain. If the Über app doesn’t give us satisfactory confirmation of a scheduled ride, we don’t blame the app, we blame Über. We then avoid the service entirely.

When we don’t know what to do on a site, we may just freeze. We stop and do nothing, paralyzed by the inability to better our situation. Some lizards freeze to thwart predators. We freeze because we have no recourse. This typically happens when we attempt to understand the hopelessly confusing service tier options for, say, Direct TV.

Failure is always an option, of course. For reptiles this means death. For us, it means an enormous waste of valuable time. All we want to do is sort out family sharing of iTunes media across multiple devices. Too much to ask? Yes.

Why does this happen?

It’s a simple answer. Digital products are missing something essential to make them great: a deep understanding of the people who use them.

We should pay heed to the way people think and behave. We should put users at the heart of our process and plans. We should offer complete commitment to helping them. But we don’t. Instead, we largely ignore them. In so doing, we inadvertently provoke their lizard brain responses.

When we fail to consider the lizard lurking in everyone, our digital products suffer, sometimes openly and sometimes in ways we can’t see. Reactionary responses have serious consequences, including:

Despite our considerable expertise, most digital products fall far short of excellence. Some are mediocre, others flat-out dreadful. Few of us can say the websites, intranets, apps, or software we make are everything they could be. Just ask the customers. Ask the end users. Better yet, ask the CFO. That’s where the real pain lives.

Avoid the wrath of the lizard brain.

When we take into account basic human behavior, our digital products will become easier to use. Then, we’ll see an uptick in the good metrics that produce significant returns on investment.