Your Users May Be Smart, But Online They’re Dummies Like the Rest of Us 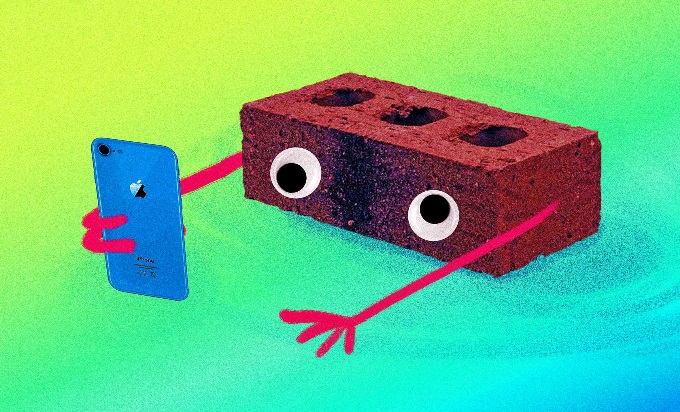 Summary: Sure, your users are intelligent, tech-savvy people. But they are also busy, in a hurry, and dumb online.

When planning online experiences for more academic, more technical, or management-level business users, creators of digital products often fall into a common trap. We think that these audiences are advanced and sophisticated, and therefore don’t need simple online interactions. Since these people are typically more highly educated or more tech-savvy than most, we think they’ll handle complicated screens with ease.

But that couldn’t be further from the truth. Your users’ ability to navigate complex interactions on your site or app has nothing to do with their intelligence or education level.

During a project call the other week, I was discussing copy our client’s PR company wanted to put on their website-in-progress. The copy in question surrounded a primary user action, and the PR company’s suggested text was overwhelming the action in words. You would need to read the heading, text under that heading, a subheading, AND text under that subheading just to figure out what to do next.

Basically, the action was straightforward but all the words around it made it seem much more complicated and difficult to understand. I pointed out that overexplaining the action in this way would require considerable reading on the user’s part. This would slow them down and make the action harder, not easier, to understand.

I recommended simplifying the copy so that reading the heading alone would help users take their intended action (a best practice for both content strategy and overall user experience.)

The PR firm wasn’t having it. “Our users are intelligent,” their representative said. “So that won’t be an issue for them.”

I hear this a lot. Many people, even those who manage web teams and build digital products, think that a user’s ability to understand a complex interface or complicated online directions depends on the audience’s level of intelligence.

It’s About Our Brains, But Not Our Smarts

Understanding complicated information online is not about how smart someone is. All human brains approach digital tasks in largely the same basic, non-thinking way. We’re scanning, skimming, just looking for the one thing we need. If we don’t find it, we get frustrated. We call for help. We leave the site. We buy from someone else. We won’t put in any more effort than necessary. In short, we act as if we are far less intelligent than we are.

Some fault this behavior as a product of the digital age. Maybe that’s right, but it doesn’t change anything about how people act online. It doesn’t change the outside influences we’re often dealing with at the same time, either. We’re distracted. We’re in a hurry. We’re stressed. We’re multitasking. We have children pulling on our other arm.

Online, we’re all dummies. Even those of us who create digital products for a living.

Case in point: I recently booked an Airbnb for a family trip. I was moving quickly. I was in between meetings. I wanted to book the rental right then. It was a good deal and pet-friendly and just what I was looking for—I didn’t want to lose it to someone else.

Sitting in my car, about to drive to my next meeting, I hurriedly typed out a message to the host and hit “Book Now.” I expected a payment screen to pop up next. Instead, I got a confirmation screen. I checked—they’d automatically charged my default card. Unfortunately, I wanted to use a different card for this trip. I don’t even know if choosing another card was an option on the previous screen. It probably was. Airbnb offers a wonderful user experience. But I was rushed. If it was there, I didn’t take the time to see it. I was acting way beneath my brain’s full potential.

I was still rushed when I got to the location of my next meeting and decided to try to resolve the issue quickly with Airbnb. I had about five minutes. Even great customer service takes longer than five minutes. I went for it anyway. Scrambling, I looked for anything on the Airbnb app that said “Call.” I finally found it—a big button a few screens deep—and tapped it.

After one ring, a man’s voice came through on the other end. This is not what I had anticipated. I was expecting to be greeted by the Airbnb directory service.

“This is Richard. Who is this?” I had called the host of the rental I’d booked.

We spoke for a minute about my upcoming trip, but he wasn’t going to be able to help me with my booking problem. And now I had less time than ever.

I went back to the app, tried to slow down despite my time crunch, and finally found Airbnb’s number on another screen. They took care of me and solved my problem in less than two minutes. Incredible. Sigh of relief. On to my meeting.

Later though, when I had a minute, I revisited the screen and the big button I thought I was pressing to call Airbnb.

It says, very plainly above the button, “Contact host, Richard.” I completely, COMPLETELY missed it. To my frazzled, stressed out brain, that text didn’t even exist. I wanted to call Airbnb. The button said “Call.” I called. And got exactly what the app said I would get: Richard.

Now, I like to think I’m pretty smart. But questions about my intelligence aside, I create websites and apps for a living. I write and plan and agonize over microcopy just like the line above that button. I’m no stranger to these conventions. As a rule, I read words online more carefully than most just because of the nature of my job.

And the microcopy under that Airbnb button wasn’t nearly as complicated as, say, the copy I’d been discussing with the PR firm a week or two before. In fact, it was as straightforward as possible. To rub more salt in the wound, I use the Airbnb app a lot. I’m very familiar with how it works. I should have known from previous interactions I was looking at a button to call the rental host.

My brainpower and knowledge about interface design had nothing to do with it that day. I was busy, I was stressed, and I hit the easiest button available to me.

Your users are just as smart.

Your users—whether rocket scientists or brain surgeons or quantum physicists—will do the same. They’ll take the easiest course of action. And if there is no easy action, they’ll become frustrated, call your help center, leave your site or app, or simply take their business somewhere else.

Overly complex actions will kill engagement with your site or app. No matter how knowledgeable or intelligent or tech-savvy your audience, they don’t have the time or desire to work through complicated screens any more than the rest of us do. And when they’re stressed, busy, or distracted, anything that’s more complex than the simplest action will trip them up too.

Keep your interactions simple and clear, no matter your audience. If you have to question whether something is too complicated, it probably is. Make it simpler or run the risk of losing customers and online engagement, even with the smartest of users.