How to Interpret User Feedback 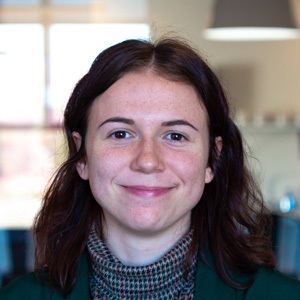 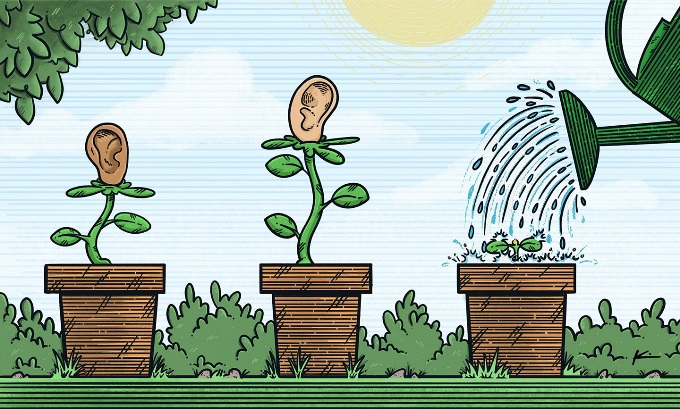 Summary: Hint: it’s all about listening.

Users Are Humans With Human Limitations

Like it or not, we humans simply can’t make accurate predictions about how we will react in a situation until we’re in it. The people that use your site, app, or software product are no different.

During research sessions and interviews, users will often say one thing and do something entirely different once they start actually using your digital product. Users don’t know how to communicate what they need out of your site or app, they just know what they do or don’t like based on their own, non-expert perspective. When users say one thing and mean another, the key to achieving big wins in user research is to get you and your team reading between the lines.

Taking User Feedback With a Grain of Salt

Use these active listening tactics to avoid pitfalls in interpreting what your users are trying to say.

Don’t give users exactly what they ask for.

Users are known to ask for things that are most definitely not in their best interest—things that certainly do not adhere to usability best practices. Someone might say, “I think the site is ugly. Let’s make it purple!” That does not necessarily mean that you should make the site purple. Users often put forward very specific recommendations because that’s the only frame of context they have to communicate what they really want. They can tell you they don’t like something, but they can’t usually pinpoint why or what should be done instead.

Identify the pain point that causes the user to dislike something. Dig into the why and ask them for ideas on how things might work better. What would need to change for them to love it? When you find the why, you find the real pain point and can take the right actions to address it.

Never assume that you know better than your users.

You might know more about UX than your users, but that doesn’t mean you know better. Even in their naivete about UX best practices, users can have excellent ideas about how interfaces could work. Don’t assert your expertise just for the sake of being the expert. Remember that users are the ones actually using the digital product, not you. If they’re identifying something they hate or something they wish for with all of their heart, it probably needs your proper attention.

Think of your users as the real experts.

Approach user sessions and interviews with an open mind. Pretend you know nothing. That will help your team guide users with broad questions. Playing dumb will reveal areas where current UX decisions and even your business requirements are getting in the way of what users really need.

Pay attention to how you are asking questions and introducing topics. Users already view you as an online expert. If your question hints at a “correct” answer, it doesn’t leave any room for your users to disagree with you.

Ask yourself: Does this question imply a specific answer? If so, rephrase it. Frame your conversations and exercises with open-ended, digestible questions, and don’t be afraid to wait for a real answer. Open-ended questions give users the power and space to think through how they want to respond. If you have questions about specific solutions you’re considering, you can ask those too—just don’t start with them.

Check biases that might color how you interpret your users.

Without the right attention, some of the most knowledgeable, empathetic usability experts can fall prey to their own confirmation bias. Watch out for spots where your own perspective on the world might be warping how you’re talking to, listening to, and interpreting users. For example, if your product’s main user group is women in their 60’s and your team is mostly comprised of 30-something-year old men, you’ll need to keep a close eye on your assumptions and how they impact your decision-making.

Be cognizant of your own perspective.

Every person (and project team) has biases. Becoming aware of those biases is the first step towards checking their influence. Once you’re aware of bias, you’re empowered to listen more carefully and take the right steps to verify that you’re interpreting users in the right way. Get in the practice of repeating what users have said back to them in your own words to confirm your understanding or provide opportunity for correction.

Serve as the voice of your users when they’re not around.

When you’re talking to higher-ups, stakeholders, and even members of your own team, it’s your job to champion the cause of the user. Users aren’t present to reiterate their pain points, needs, or preferences. And the people you’re communicating with may not speak “user” that well to begin with. You’ll need to help them with that.

Keep the data on deck.

Be prepared with the right documentation. There isn’t much room to argue against clear data. If you have the evidence handy, you’re in a great spot to combat any misguided suggestions that might roll in. You’ll still need to serve as the interpreter—you’ll be translating what people see in the documentation into what it all practically means for your digital product’s UX.

PRO TIP: Whenever possible, record users’ screens and faces as they complete tasks in user testing so that you have documented evidence of their pain points to show to higher-ups down the line.

Developing An Ear for Users

Users want things to work well—probably more than you do. But they’re not the ones with a seat at the digital product table.

That’s why it’s your job to lead how your team approaches crucial user feedback—by listening and interpreting the right way, with active ears. After all, no one likes a bad listener, especially when usability is on the line.